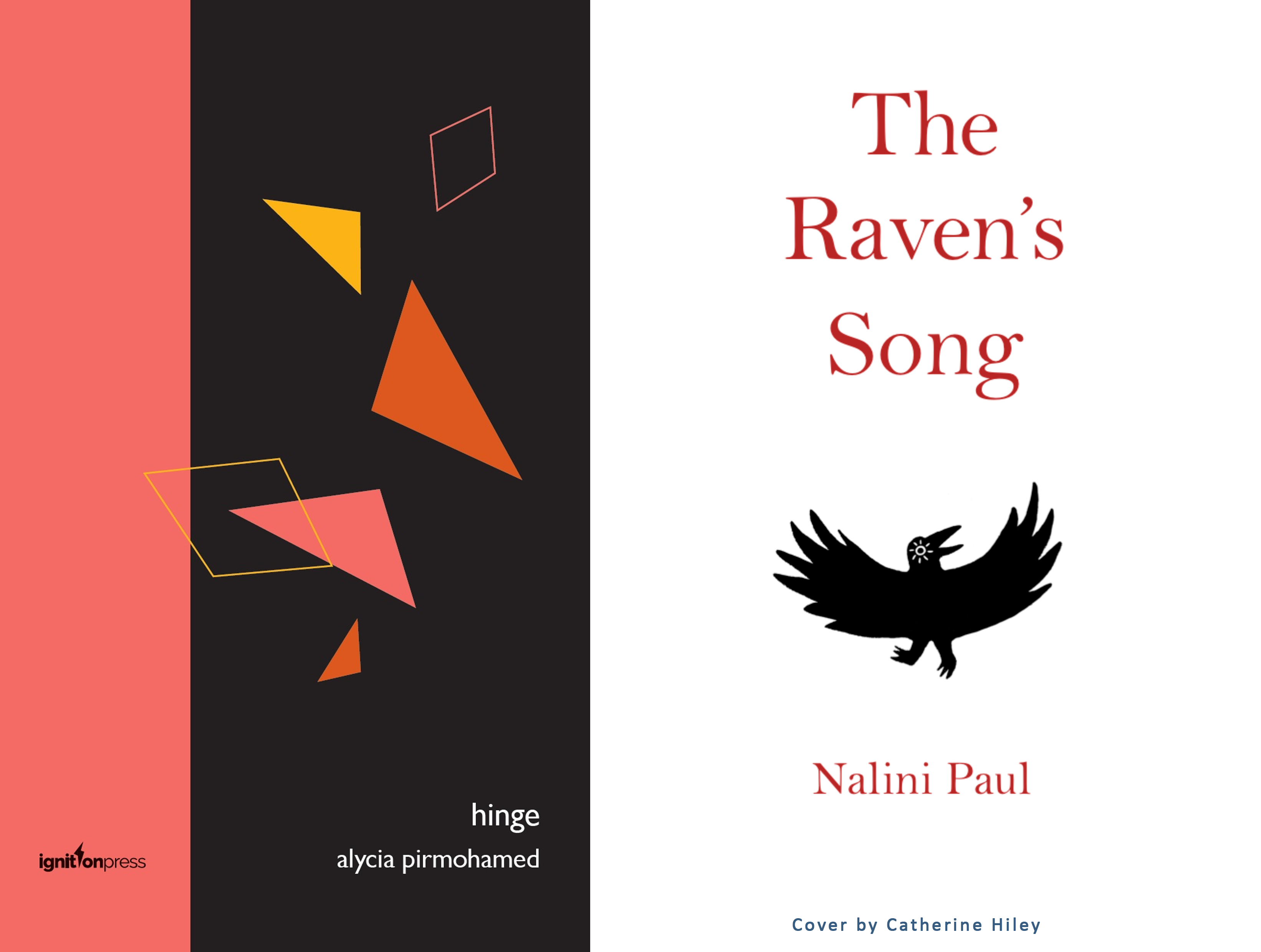 As part of Book Week Scotland the Scottish Writers’ Centre is delighted to present two Canadian authors to consider the climate for writing in Scotland and its Future.

Alycia Pirmohamed is a Canadian-born poet living in Scotland, and winner of this years Edwin Morgan Poetry Award. She received her PhD from the University of Edinburgh, where she studied poetry written by second-generation immigrants. With the support of a mentor who encouraged her to explore her stories, history, and cultural background, Alycia began disassembling the internalized racism she had carried with her and found that poetry was a path to self-acceptance.

In 2008 Alycia co-founded the BAME Writers Network Scotland.  An advocate for BIPOC voices in poetry, Alycia is the co-editor of the anthology They Rise Like A Wave: An Anthology of Asian American Women poets (Blue Oak Press). In 2019 she curated and edited Ceremony, an anthology of Scottish BAME Writing (Tapsalteerie 2019). Her own work has won the 2019 CBC Canada Writes Poetry Prize. She is the author of two pamphlets: Faces that Fled the Wind (BOAAT Press) and her chapbook Hinge (ignition press) was a 2020 Poetry Book Society Pamphlet Recommendation.

Nalini Paul is a director of the Scottish Writers’ Centre, and a widely-published poet based in Glasgow and has lived in Scotland for most of her adult life. Having grown up in Vancouver, Canada, memories of that vast landscape often linger in the margins of her work. Born in India, she has no living memories of the place, but her childhood is tinged with an ‘otherness’, an awareness of her origins being from ‘somewhere else’. She devoted these themes to her PhD thesis on Jean Rhys (University of Glasgow, 2008) and enjoys challenging fixed notions of race and belonging. Her first pamphlet, Skirlags, was shortlisted for the Callum Macdonald Award in 2010. She worked as George Mackay Brown Writing Fellow in Orkney from 2009-10, where her love of the outdoors was indulged through writing workshops with the RSPB and archaeologists. She has collaborated with visual artists, musicians and dancers (Orkney traditional and Indian classical). Paul won a Tom McGrath Award and received Creative Scotland funding to develop her work in progress, Beyond the Mud Walls with Stellar Quines Theatre; which was showcased at the Traverse, Edinburgh in 2016. In 2017, she was awarded the Robert Louis Stevenson Fellowship and spent the month of June in Grez-sur-Loing France, working on her first full poetry collection. Paul’s new poems take inspiration from her varied background and from ancient Indian poetry (in translation).