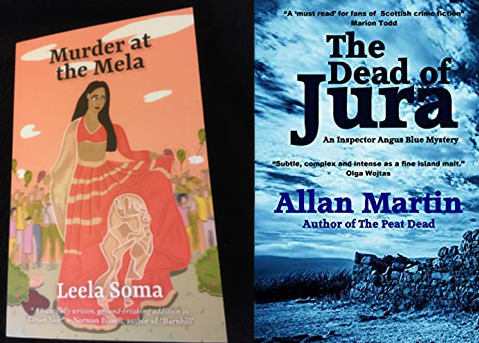 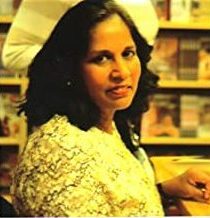 Leela Soma was born in Madras, India and now lives in Glasgow. The Scottish Writers’ Centre are delighted to host this launch of her third novel ‘Murder at the Mela’, published by Ringwood Publishing. It follows ‘Twice Born’ (2008), winner of the Margaret Thomson Davis Trophy and her second novel ‘Bombay Baby’, Dahlia Publishing Limited, 2011. ‘Boxed In’ a short story collection e-book was published by The Pot Hole Press in 2013.  She was commissioned along with 21 other writers and artists to write a story for Glasgow Women’s Library anthology 21 Revolutions for its 21st birthday in 2013.

Her two poetry collections ‘From Madras to Milngavie and ‘Tartan and Turmeric.’ Were well received. Her poems have been published in several magazines and has been shortlisted for the Erbacce Prize 2020 and The Pushcart Prize 2020.

She has serves on the East Dunbartonshire Arts and Culture Committee. She is a founder member of The Bearsden Writers Group. Her work reflects her dual heritage of India and Scotland.

Her poems and short stories have been published in several anthologies and publications, including the National newspaper The Scotsman, The Blue Nib, The Grind, New Voices, Glasgow Review of Books and Gutter magazine. 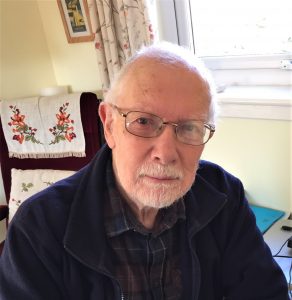 We are also delighted to welcome Allan Martin, who has worked as a schoolteacher, teacher-trainer and university lecturer. He will be launchingThe Dead of Jura, his second Angus Blue novel published in September this year. Oban-based Inspector Angus Blue appeared in Allan’s first novel, The Peat Dead (ThunderPoint Publishing, 2019), shortlisted for the McIlvanney Debut Prize. Angus Blue is also featured in the novella A Fatal Contagion, set during the COVID lockdown, and published in August by iScot Media.

In Death in Tallinn, the first of three novels set in 1930s Estonia, published by Sharpe Books, Allan introduces Chief Inspector Juri Hallmets, a principled man in a country proud to have gained its independence, and trying hard to retain it, as the vultures of Europe circle. Allan’s short stories are regularly published in iScot magazine. He has also translated a closed room mystery, The Oracle, originally published in Estonia in 1936.