So far, the SWC Members’ Webposts have brought you A C Clarke and Tony Beekman, who gave us wonderfully engaging insights into their approach to writing.

Next up is Jill Korn. From her biography below, you’ll get an introduction to her inspirations and her collaborative work in producing audio drama. Jill’s first play, Collaboration, was recently shortlisted in the Leipzig International Audio Drama Festival.

Look out over the next few weeks for more from Jill on the Scottish Writers’ Centre website.

I am an audio dramatist and relatively new to the writing of it, although I’ve listened to radio plays forever. I’ve always enjoyed stories; for as long as I can remember, I’ve loved hearing them and telling them. I was the stage-struck little girl in the audience at every pantomime I was taken to, and it never seemed strange to me that I should make up scenes for myself in which I played all the parts. Chuntering away, my mother called it. Life got in the way for quite a long time, but I did some acting and then some improv in a pop-up theatre group based in Glasgow and finally – finally! I decided to take storytelling seriously, so I went back to Glasgow University’s Creative Writing course to do the thing properly. 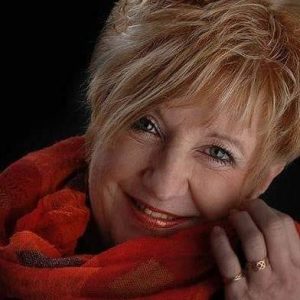 Audio drama is a fascinating medium. People sometimes dwell on its limitations, but to those of us who enjoy it, audio plays open doors to other worlds. As a writer, you can transport your listener with minimal effort to a place and time outwith their experience, and you can dream up all kinds of special effects to accompany them there. I say minimal effort, – I can afford to say that because I’m not the soundscape designer. I just put in mad sound directions (“horse whinnies and rattles its harness”; “ghost appears in a rushing wind”) and I hand them to Alex Bennett whom I met by very excellent chance during a rehearsed reading of my first full-length play. He’s an actor as well as an expert soundscape designer, and we seem to see, or rather hear, things the same way which is ideal.

You learn as you go, though. In the recording of Collaboration, we used a studio where a band was rehearsing next door: The Boys Are Back in Town over and over. It came through slightly on the recording – didn’t fit with 1930s Paris at all – but Alex managed to disguise it with the sounds of a French café and we got away with it.

I’ve completed two full length plays so far (that’s 40-50 minutes.) I’m a Francophile and I’m also fascinated by historical figures. There’s always that gap where the known facts run out, and the writer can use her imagination to make up interesting material to fill the gaps. In Collaboration, for example, I explored the question of whether the famous French singer, Edith Piaf, had collaborated with the Nazis during World War 2. Did she or didn’t she? In Confessional, I wanted to know why a medieval hero and captain in Joan of Arc’s army should be eventually burned for his horrendous crimes against children.

I work with a team of actors based in the west of Scotland; some I already knew and some I’ve met through producing the plays. Acting isn’t necessarily their day job, but they are all excellent, so dedicated and professional in their approach. I like to work with musicians, too, because music can add so much to a spoken piece. My son who is both a composer and a sound engineer, worked with us on Confessional, and puts me in touch with other talented musicians.

When people listen to the plays, my hope is always that they’ll be transported for a while to another time and that, whether they know the story behind the plays or not, they’ll be as intrigued as I was to know the answers to the questions left by history

On iPlayer or your favourite podcast app, you’ll find my plays under the series title L’Histoire, (meaning both history and story). Or you can access them on my website.