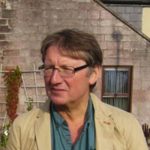 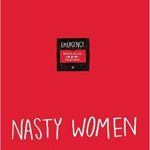 Not only have Birlinn produced absolutely gorgeous hardback editions of Muriel Spark’s novels for her centenary year, but they have been going from strength to strength elsewhere in their catalogue. Numbering Stuart Cosgrove’s fascinating biographies of Northern Soul and the riveting Acid Attack by Russell Findlay among their recent publications, as well as the beautifully made coffee-table books focusing on the history of Glasgow and the Clyde, we honestly can’t wait to see what they do next.

In 2017, after an impressive crowdfunding campaign, a heap of press and an endorsement from the one and only Margaret Atwood, Nasty Women – an anthology of diverse and unforgettable essays exploring what it is to be a woman today – was published. A pretty explosive start for this small but incredibly dynamic Edinburgh-based publisher. This year sees the publication of We Shall Fight Until We Win, a graphic novel published alongside BHP Comics, ‘celebrating a century of pioneering political women in the UK.’

This independent publisher and London bookshop is known for publishing forgotten and underappreciated books by twentieth-century authors – particularly women – and we’re excited to delve into their latest publications. They describe themselves as producing books that are neither too literary nor too commercial and, if you’re looking for the perfect introduction to the sort of books that Persephone does best, why not pick up the charming Miss Pettigrew Lives for a Day by Winifred Watson?

If you’ve strayed into a bookshop in the last six months, then you might have spotted the tiny, but compelling, Women & Power, written by Mary Beard, an intelligent but still highly readable look into how and why women have been excluded from power since antiquity. And the publisher behind this little gem? Profile Books, of course. They publish challenging and insightful non-fiction of the highest order – everything from Alan Bennett to Atul Gawande, incorporating themes as varied as Simon Bradley’s The Railways to Charles Foster’s Being A Beast.

As one of Britain’s foremost poetry publishers, Bloodaxe has accomplished a lot in the past 35 years. Aside from winning pretty much every literary award dedicated to poetry, they have also released highly popular anthologies such as the Staying Alive trilogy and number Jackie Kay, Polly Clark and the recent Costa Prize winner Helen Dunmore among their writers. Perfect for poetry newbies and aficionados alike.

Has anyone read any of these? What’s your favourite independent publisher? Let us know in the comments below or tweet us @ScottishWriters.