Here at the Scottish Writers’ Centre we’re always excited by new literary talent. Poetry or prose, zines or blogs – we love it all! But one of the most exciting recent developments in Scotland – at least in the world of literature – is the undeniable growth of the independent publishing world. So, in the spirit of celebrating all of Scotland’s literary achievements, we have (with difficulty) created a list showcasing five of our favourite independent publishers. Read on for lots of reading inspiration!

Before I started writing this blog, I wasn’t actually aware that Canongate was an independent publisher – such is their widespread reach. Formed in 1973, Canongate has some incredible works on their roster – the best-ever-selling Booker Prize winner, Yann Martel’s Life of Pi and Alasdair Gray’s seminal work Lanark are just two examples. Not impressed yet? Other writers include Margaret Drabble, Matt Haig, Nan Shepherd and – you might have heard of him – Barack Obama. With a wonderfully engaging website (interviews, animations and possibly a podcast on the way) and a witty Twitter account, Canongate is a perfect reminder of just what a literary website should be.

With absolutely gorgeous cover designs – just look at the copy of Lara Williams’ Treats above! – Freight Books is certainly one of the most visually appealing Scottish indie publishers. The publisher, which was only established in September 2011, has also founded the award-winning Gutter, Scotland’s leading literary magazine of new writing. Additionally, Freight boasts a great variety of authors – everything from literary heavyweights such as Irvine Welsh and Janice Galloway to newer stars like Kirsten Innes and SWC’s own personal favourite (and occasional event host), the wonderful Tendai Huchu. Just think what Freight could go on to achieve in the next five and a half years… 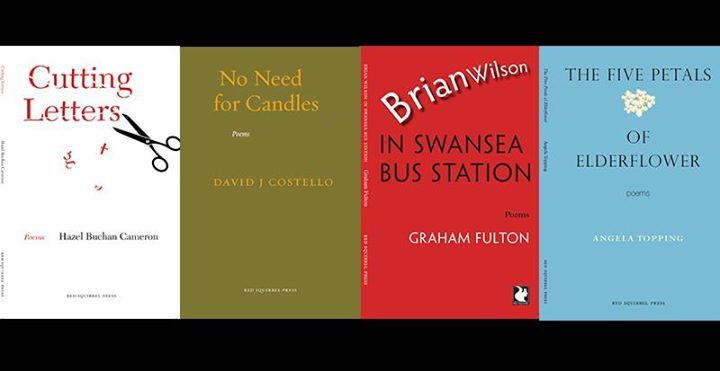 Although Red Squirrel Press isn’t technically Scottish – founded and currently located in Northumberland – I still couldn’t resist including it in our line-up of wonderful independent publishers. The SWC has been lucky enough to host two events in partnership with Red Squirrel Press and their dedication to new and creative poetry is something that we’ll always support!

A list of independent publishers in Scotland just wouldn’t be complete without last year’s surprise success story, Saraband. With Graham Macrae Burnet’s deserved Booker Prize nomination for literary crime novel His Bloody Project, Saraband was catapulted into the big leagues of publishing – not least due to Burnet’s astonishing sales, which outstripped all other nominees in the run-up to the announcement. It’s safe to say that we can definitely expect more ‘fiendishly readable’ fiction from the publishing house in the future… 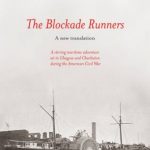 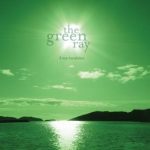 Located in Edinburgh, Luath Press deserves a mention just for its genre diversity alone. For a small independent publisher, they certainly cover an impressive amount of reading tastes: art and photography, history, humour, guide books and, of course, that all-important fiction.(Some of it in Scots as well!) Our personal favourite? Rather inexplicably – three of Jules Verne’s ‘lost’ Scottish novels, all in new translations. Tempted?

Do you agree with our choices? Is there an independent publisher that you think we’ve missed out? We’d love to hear from you – comment below or let us know on Twitter @ScottishWriters.