‘Think of Florence, Paris, London, New York. Nobody visiting them for the first time is a stranger because he’s already visited them in paintings, novels, history books and films. But if a city hasn’t been used by an artist, not even the inhabitants live there imaginatively.’

Alasdair Gray’s famous quote from his masterpiece Lanark is a quote that immediately resonated with me when I first read it. It’s always a delight to encounter Glasgow in literature, probably because it’s so rare an occurrence. To recognise the buildings, the areas, the places where you have walked about and spent time; to think that you have wandered among the haunts of potentially beloved fictional characters… It’s a feeling of excitement that might bypass the inhabitants of more illustrious cities, but it’s one that affords perennial enjoyment in a city such as Glasgow. But, contrary to what Duncan Thaw says in Lanark, there are books set in Glasgow and here are some of the SWC’s favourites.

Poor Things is another of Gray’s novels set in Glasgow, and it’s an absolute delight to read. Following the absorbing lives of Bella Baxter and Archibald McCandless, it is a fantastical, ambiguous tale of humour, Victoriana and unbelievable medicine, all framed as a ‘found document’. And, of course, you will find frequent mention of Glasgow’s West End – the university, Park Circus and the main hills of the city all feature. You can see why it’s on the English literature reading list at the University of Glasgow…

Although he has also written Glasgow-based fiction, including Whose Turn for the Stairs? and Staying on Past the Terminal, Robert Douglas is best known for his acclaimed trilogy of memoirs in which he details his childhood in Glasgow. His first, Night Song of the Last Tram, is a brilliant and moving read in which Second World War-era Glasgow is shown in all its deprivation and hopefulness. 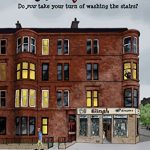 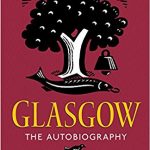 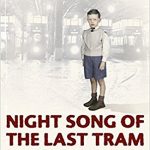 Tenement life gains a whole new perspective in Angus McAllister’s recently published murder mystery, and it’s a local novel that has particularly appealed to Glasgow’s bibliophiles. Walter Bain, described as the ‘self-appointed dictator’ of the tenement at 13 Oldberry Road, is murdered. Could it be one of his fellow neighbours that wielded the weapon? Full of witty observations about tenement life, this is a whodunnit with a decidedly Glaswegian twist.

A different slant on the so-called ‘tartan noir’, The Cutting Room is a literary hybrid of crime and the gothic, and features a gay protagonist in the typically heteronormative, overtly masculine world of crime and discovery. It’s an extremely accomplished debut, and the perfect introduction to the brilliant work of much-admired novelist and University of Glasgow Creative Writing Professor.

The Glasgow book that defies all other Glasgow books. Although this book isn’t technically set in Glasgow, but is rather ‘about’ Glasgow, we think you’ll forgive us when you give this wonderful book a read. Collated and edited by journalist Alan Taylor, Glasgow: The Autobiography features a collection of writings from a surprising array of authors, from Dorothy Wordsworth to Evelyn Waugh, English Tudor gentlemen to twentieth century footballers. A fascinating and comprehensive look at Glasgow through the ages, this is the perfect read for Glaswegians and tourists alike.