Tomorrow’s event ‘Dia De Los Muertos’, in collaboration with Dove Tales, is a celebration of Mexican culture and heritage; a chance to learn more about the holiday widely celebrated in Mexico which aims to honour and rejoice in the dead and the lives they lived. Here at the Scottish Writers’ Centre, we love learning about different cultures and countries and experiences, and one of our favourite ways to accomplish that is – of course! – through the medium of literature. SWC’s Literary Editor Rachel Walker took a look at some of our favourite international writers, both translated and writing in English, and found it incredibly hard to narrow it down to just five choices…

Although there’s been criticism of Deborah Smith’s translation of Han Kang’s most famous novel The Vegetarian – which won the Man Booker International Prize in 2016 – there’s no denying the visceral, harrowing power of Han Kang’s fiction. She explores historical and contemporary South Korea from a range of illuminating perspectives; I read Human Acts last year and I was instantly gripped. If you haven’t picked up one of her novels yet, now is the time.

Pakistani-born Mohsin Hamid’s latest offering, Exit West – a tale of a young couple who navigate civil war and the trials of being a migrant – was shortlisted for the 2017 Man Booker Prize, and promises to be as exciting as his 2007 novel The Reluctant Fundamentalist, which has sold over a million copies to date. His work is political, polemical and fundamentally engaged in exploring today’s shifting world – the perfect mixture of escapism and engagement.

Back in 2015, the SWC was lucky enough to host an In Process Masterclass with the Zimbabwean writer Tendai Huchu – and we loved every minute! His brilliantly funny and absorbing short stories are a definite highlight of events I’ve attended at the SWC, and his 2010 novel Hairdresser of Harare is top of my to-be-read list. 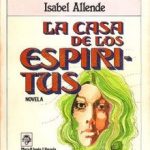 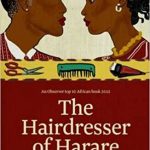 Another nominee – and winner – of the Man Booker Prize, Arundhati Roy’s masterpiece The God of Small Things was released in 1997 to widespread acclaim. Twenty years later – following a prolific and determined career as a political activist and a writer of nonfiction – and she’s back with another novel, The Ministry of Utmost Happiness, a sprawling, patchwork and exceptionally human narrative of life on the politicised outskirts of Indian society.

Best known for her debut novel (and modern classic) The House of the Spirits, Chilean author Isabel Allende is still going strong, with three novels published in the last five years. A family saga spanning four generations, the novel is also a moving account of social and political upheavals in Chile: infused with elements of magical realism, it’s a wonderful read for those who want to learn more about Chile… and also just love a really good book. (Which is all of us, right?)