Are you looking forward to tomorrow’s event? Hosted by nurse and poet Lesley McGill, tomorrow’s open mic speakeasy will be focusing on medical experiences of all kinds, and we invite all patients, practitioners, carers and family members to read out their themed work on all things medicine, health, sickness and disability. We’d love to see you there, and to whet your appetite for our fantastic speakeasy, SWC’s Literary Editor Rachel Walker has compiled a list of brilliant literary works with illness and medicine at their core.

Sylvia Plath’s classic novel about the pitfalls of mental health (and the societal pressure experienced by young women) is beloved by so many people and once you’ve read it, it’s easy to see why. Plath’s beautifully poetic prose tells the story of Esther Greenwood, a high-achieving university student, and it’s the sort of novel that is endlessly rewarding: you’ll get something different out of The Bell Jar each time you return to it.

Health and illness are starkly contrasted in this wonderful novel from Edith Wharton. I read it in a matter of hours, completely gripped, and disappointed in the slimness of the volume. Although this might be the literature student in me talking, it’s one of the best examples of illness as a social gendered problem – think of Victorian hysteria – that I’ve ever read. If you haven’t devoured it yet, then now’s the time…

This Is Going to Hurt: The Secret Diaries of a Junior Doctor

Comedian and former junior doctor Adam Kay’s recently published memoir – gathered from his diaries between 2004 and 2010 – gives a fascinating insight into the life of a junior doctor. Described as horrifying, hilarious and tragic (frequently all by the same reviewer), this memoir is certainly politically relevant in a time of NHS cuts and should be read by anyone attempting to understand what it’s actually like to be an overworked doctor.

On the opposite side of the spectrum, this heartbreaking and exquisitely written memoir from neurosurgeon Paul Kalanithi documents what happens when a successful doctor becomes a terminal patient. Rendered inexpressibly poignant after Kalanithi’s death at the age of 37, this bestselling memoir is a moving exploration of mortality and life. 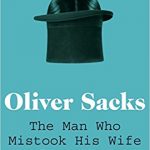 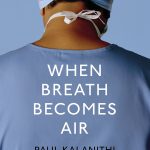 The Man Who Mistook His Wife for a Hat

The most famous of Oliver Sacks’ prolific psychological writings, this absorbing work of non-fiction showcases strange and all-encompassing neurological disorders derived from real-life case studies. Always compassionate and thought-provoking, The Man Who Mistook His Wife for a Hat is the perfect introduction to Sacks’ vivid writings.