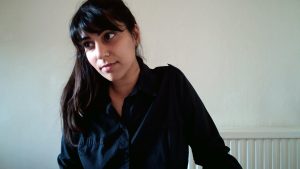 I’m reading Insurrecto by Gina Apostol — slowly. Everything is taking a bit longer than usual. Time turns/is turning back on itself. Reversals. Long breaths. New moons (again). It was disorienting at first, reading a book that portals through time. The chapters move in a way that is unexpected. Unchronological. It’s a book that both feeds and undermines a sense of nostalgia.

But lately, reality feels similarly disorienting. Time doubles, leaps forward, and crawls back all at once. I find that I’m unsure of how to reference the recent past, and I also feel a bit of resistance when imagining the future. This year has been filled with momentous events that have irrevocably changed the (admittedly insular) world I live in. How do you imagine a future that takes place on an unknown landscape? One morning this week, I stood in front of the bathroom mirror and examined my face for several long minutes. I asked myself, has anything changed? Then wondered, what does the word ‘change’ mean when there is no one there to witness it?

I also keep catching myself saying when things go back to normal. As if I’m waiting to portal through time, to return. As much as I feel the framework and foundations of this world have been immensely altered by everything that has occurred in 2020 so far, I also witness how much we cling to the systems, the institutions, the blueprints, we’re used to.

As a literary artist, an editor, an events programmer, I’ve seen how the literary and publishing industry has ruptured this year. Some of the changes feel properly radical (if wildly overdue): Bernardine Evaristo and Reni Eddo-Lodge becoming the first Black British women to top the UK’s paperback charts; Edinburgh International Book Festival, being both expensive and fairly inaccessible in the past, moving its events online for free; Jess Brough innovating their hugely successful international digital film festival, Fringe of Colour.

Others are concerning from an artist’s point of view: publishers pulling numbers back, closing submissions, delaying book launches, and, ultimately, returning to a more conservative outlook. This is particularly worrying news for those who have historically been on the fringes of popular publishing — those deemed a hard sell, or those who don’t fit into a very narrow definition of ‘diverse’ stories. It’s another kind of return, as if I’ve flipped the page and found myself somehow back at chapter I again.

Scottish BAME Writers Network began quite casually in 2018. But, I think what really brought people together, people who may never have otherwise met, was Hannah Lavery’s writers of colour group — which still meets regularly. This is also where Jay G Ying and I met Andrés N Ordorica and Jeda Pearl Lewis, who are integral to the SBWN team, which now also consists of the absolutely amazing Dean Atta and Bhavika Govil.

Eventually, we received funding from The Royal Society of Literature to put on visiting writer workshops, where we met in person for workshops with brilliant writers, Raman Mundair, Nadine Aisha Jassat and Leila Aboulela. Though we attempted to make the events accessible by offering travel bursaries, it was difficult for these live events to reach beyond Edinburgh and Glasgow.

Lockdown began in the early stages of our funded pilot year. Like other arts organisations, SBWN had to adjust to cancelled events and restructure our entire programme. While we do miss some of our live events, and the face-to-face connections that are made offline, we’ve also seen a huge amount of growth now that our events are more accessible to a much larger group of people. We were also able to introduce programmes like our online workshop series, which provides mentorship and workshop facilitation opportunities to emerging and established writers alike, and focus attention toward our very own blog series.

We’ve also been able to partner up with incredible artists like Martha Williams and Courtney Stoddart, who are leading awe worthy projects like Metaphors for a Black Future and our Performance Mentorship opportunity. Hosting our recent SBWN Networking Conference online meant that our writers could easily connect with knowledgeable industry professionals from all over the UK. And, although our collaborative issue with Gutter couldn’t have its physical launch, we were able to partner up over social media for a Twitter Takeover just before our conference. 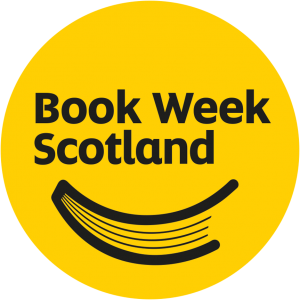 As an organisation, we still have a lot to learn. For instance, it should have been a priority to make our events as accessible as possible, to carers, to disabled folk, to people outside of the city centres, from the very beginning. But we do know that as we move forward, when things don’t return to normal, but inevitably change, we’ll be continuing several online elements to our programming. We fashioned our funded pilot year around an online existence, and as a result, I think it has become a large part of our identity.

Though, as Chitra Ramaswamy mentioned during our conference’s keynote, there is also an art to saying no. This feels more important to remember than ever, as artists, too, become more accessible, while being asked to change the way we write, read, perform, and create. As we work more and more across the digital media landscape, we’re giving our permission to be recorded, streamed, and published online more vigorously than ever before. For me, anyway, this kind of permanency intertwines with a different kind of creative pressure, and also a bit of fatigue.

As we continue to work toward accessibility, as well as push for an artistic community in a time of social isolation, I think we’ll also need to continuously reflect on balance, equivalency, and new best practices.