Aye Write! is sadly finished for 2018. But two of SWC’s volunteers, Rachel Walker and Claire Kennedy, were lucky enough to go along to several of this year’s fantastic events – you can find their thoughts about the events below. And if you’re still craving some literary magic, then we hope you’ll join us tomorrow at the Club Room in the CCA for our speakeasy in collaboration with New Writing Showcase. We can’t wait!

For me, one of the best parts of Aye Write! is the workshops where successful writers have the opportunity to share their knowledge and experience with budding writers. Faced with the daunting task of writing a television adaptation as part of my university course, I decided to attend the ‘Writing Television Drama Workshop’ at the Mitchell Library, hosted by Ann Marie De Mambro and Chris Dolan. Both teach on the MA Television Fiction Writing course run by Glasgow Caledonian University. De Mambro is a prolific playwright and television screenwriter, who has written for countless TV dramas and soaps including Take the High Road, Eastenders and Casualty. Dolan is a successful novelist, poet and playwright. Both are extremely warm and approachable and offered an engaging and entertaining workshop which was accessible to everyone, from those just starting out in screenwriting to writers with a little more experience looking to brush up on their skills.

After an introduction by Dolan, De Mambro took over the running of the session. She asked attendees to pick headings from a hat (‘character’, ‘dialogue’, ‘Eastenders‘ and so on) to decide the order in which she would cover topics. De Mambro is a vivacious speaker who spoke honestly about her experience writing for television. Within the hour and a half a lot of ground was covered, from the essentials to writing dramatic dialogue and developing characters, to the roles within the writing team of soaps like Eastenders.

Suitably she finished with her invaluable top ten tips for writing for television. At the end of the session, De Mambro and Dolan offered attendees the chance to approach them with any questions they may have about screenwriting in general or their much esteemed MA Television Fiction Writing course. The workshop succeeded my expectations: not only did I leave with much more confidence and knowledge about writing for television than I could have hoped to have gained in one session, it appears a little of De Mambro’s passion for the craft has rubbed off on me, as I now consider screen writing a possible avenue my writing may take in future.

Graeme Macrae Burnet – Accident on the A35

As the author of the Man Booker shortlisted His Bloody Project, Graeme Macrae Burnet’s event was attended by a large and enthusiastic audience – one member even whistled as Burnet took the stage, to the author’s modest claim that that doesn’t usually happen! Hosted at the Mitchell Library, where Burnet writes his novels, the event launched the paperback edition of the second instalment in the Inspector Georges Gorski trilogy, Accident on the A35. Following on from the highly accomplished, The Disappearance of Adele Bedeau, the novel centres on seventeen-year-old Raymond Barthelme as he embarks on his own investigation to solve the mystery of the whereabouts on the night of his fatal accident on the A35. Meanwhile, the official investigator of the case, Gorski, experiences highs and lows, having been recently left by his wife Céline with his daughter in tow. Burnet claims that he set himself the challenge to write ‘a crime novel without a crime,’ and described it as the most challenging of his books to write to date. Burnet is an engaging, charismatic speaker, and his conversation with Chris Dolan was littered with humour, honesty and intriguing insights. As an audience we learned that Burnet was surprised about the similarities between his novels (particularly the recurrence of seventeen year old males – ‘I’ve written the same book!’) and sees character Manfred Baumann (Disappearance of Adele Bedeau) as an exaggerated version of himself. Burnet also talked in depth about his admiration for author Georges Simenon, and recounted a humorous conversation he had with the author’s son, John, where John corrected Burnet’s own opinion of the true nature of fictional detective Jules Maigret. The audience had some intriguing and well-thought out questions for Burnet. Notably, one woman praised Burnet for including confident and self-assured female characters in his novels, such as Gorski’s wife Céline, and asked whether it is Burnet’s deliberate intention to write such characters? Burnet replied that when writing female characters, he aims to suggest that there is more to the woman than perhaps the male characters are aware of, and that despite giving Céline a hard time in his Gorski novels, he actually really likes her. Burnet confessed that he experienced crippling self-doubt whilst writing the Accident on the A35, however, judging by the rapturous applause he received and the endless queue of fans waiting to have copies signed by him, it is clear that Burnet needn’t have worried. Aside from his fantastic writing and speaking, Burnet is also notable for his memorable modesty and kindness. Taking the time to talk to every single fan who approached him with a book to sign, Burnet answered questions and even asked fans questions about themselves (for example, in my case, Burnet asked me about my own writing and was very forthcoming with advice). His return to festivals like Aye Write! in future, with a new addition to his already accomplished literary career, will certainly be hotly anticipated. 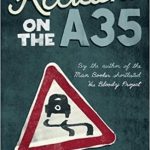 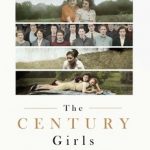 The 100th anniversary of (some) women gaining the vote in the UK has produced a multiplicity of fascinating new books celebrating, commemorating and pondering over the past and future of feminism. And Tessa Dunlop’s The Century Girls – which charts the lives of six British women, all of whom are either past or approaching their 100th birthday – is one of the best. With a cast of geographically, economically and professionally diverse women, the book aims to investigate the themes that have characterised women’s lives over the past century, as well as exploring the lives of six extremely remarkable women. The subject matter is covered deftly and amusingly, as Dunlop provides a quick introduction to the six Century Girls and their varied lives, before launching into a wide-ranging sketch of some of her favourite discoveries. Dunlop is dynamic and engaging in person, and the inclusion of Century Girl Phyllis is an inspired idea. A lovely way to spend an evening – although there’s no denying that Phyllis, with her wit and verve, gained the biggest laughs of the night.