On the tenth day of christmas, the SWC gave to me… 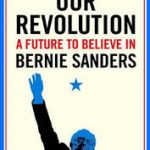 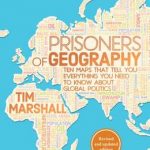 The story of the comic book company’s small beginnings to its present day status as a multi-billion dollar film franchise and king of all things pop culture. The book details two simultaneous storylines: the first follows Stan Lee and his creation of the Marvel mythology, his clashes with artists over creative and financial credit, and his decades-long desperation to get Marvel into Hollywood – a venture that was obviously worthwhile. The second story is that of the writers, artists and editors that had to continue the legacy set in place by Stan Lee, and the highs and lows that accompany such a task. The book offers an interesting behind-the-scenes look at the company for fans of the comics, but also doesn’t shy away from showing the ugly side of Marvel.

2. Neither Here, Nor There: Travels in Europe by Bill Bryson

I knew all the jokes and gags in this book before I had even begun, as they were constantly being retold by my family through tears of laughter, and still, I found myself sniggering at them all. Bryson’s travel book details three of his travels travels around Europe, once by himself as a young student, the second with his idiot friend Stephen Katz and the third time as an older man. The book perfectly captures the hilarity that can only ensue on holiday when you’re a stranger stuck in a strange land.

3. Our Revolution: A Future to Believe in – Bernie Sanders

Sanders tells the story of his presidential campaign trail, the people he met along the way, the supporters he gained, the ideas he pushed during the campaign, and the political revolution he caused. It is essentially the story of the outsider, the story of how an independent, liberal, relatively unknown candidate had such an impact on American politics. Though it has a hopeful message, this book will also just make you sad that Bernie isn’t president.

4. Prisoners of Geography by Tim Marshall

I wanted a book that could tell me everything I needed to know about world politics: relationships between countries, why wars past and present came about, how cultures developed, why languages were shared, all the different routes of immigration and so on and so on. I found such a book in the form of Prisoners of Geography, which can sum up all the answers to my questions in one word: rivers. Marshall’s aim is to emphasise that a country’s geography, namely its rivers, determine what kind of country it is and its place in the world.

5. Trump and Me by Mark Singer

A journalist recounts his time profiling Trump’s pre-election campaign era with the new perspective of mid-campaign madness. This book hilariously shows the former’s desperate attempts to truly understand the person beneath the caricature, and the latter’s desperation to be admired and his pettiness when he isn’t. This book will make you laugh at the ridiculousness of Trump but, just like book number three, will also act as a sad reminder of who actually is and who isn’t president. 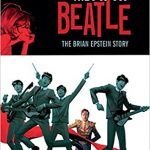 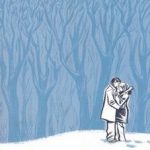 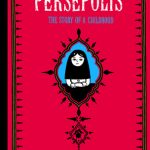 Art Spiegelman draws his parents’ story of survival during the Holocaust through flashbacks as told by his father, someone  with whom he has a strained relationship. The format of the graphic novel allows Spiegelman to depict the characters as certain animals depending on their religion and ethnicity, and create a very vivid and terrifying imagery and personal account of the Holocaust.

“The Fifth Beatle” has become a sort of pop culture myth. Many people have been given the title of “The Fifth Beatle”, but Vivek Tiwary’s comic offers a definitive answer, that of Brian Epstein, the band’s manager. This graphic novel depicts Epstein’s discovery of The Beatles, his commitment to making them the biggest band in the world, his and the band’s eventual successes, but also his personal struggles with his sexuality and drug addiction. The book’s art has a hallucinatory effect to it, that will make you feel as though you are eavesdropping on someone’s dream. Similarly, the writing will make you feel such sympathy for Epstein, that it won’t just confirm his status as The Fifth Beatle but will also cement him as your favourite Beatle.

An autobiographical comic book showing how the author’s life changed during the time of the Islamic Revolution in Iran, this graphic novel is both a serious and humorous look at the author’s big and small acts of rebellion. If you’re not a fan of graphic novels, check out the film version which was nominated for an Oscar in the Best Animated Film category.

Thompson draws his life story, from his upbringing in a devout Evangelical Christian family to his first time falling in love. This graphic novel is essentially his attempt at coming to terms with no longer being a Christian, something that has defined him his whole life. Blankets, through its art and writing, perfectly captures the feelings of guilt associated with religion and the messiness of life.

Vaughn’s graphic novel is a prime example of how the genre of graphic novels can take facts and make fiction. Based on the real story of the bombing of the Baghdad Zoo during the 2003 invasion of Iraq, the Pride of Baghdad tells the story of four lions who escape the ruins of the zoo after the bombing and their journey of survival through the burning city.