To commemorate and celebrate Black History Month, SWC’s Literary Editor Rachel Walker put together a list of works we love from talented black writers from Britain, America and beyond. Some are classic, well-loved authors, some are less well-known, but all deserve to be read, and all showcase important aspects of both historical and contemporary black experience. Read away!

Maya Angelou: acclaimed poet, memoirist, civil rights activist and, fascinatingly, the first African American female streetcar conductor in San Francisco. Angelou is best known for her tough but engrossing memoir I Know Why The Caged Bird Sings, but her follow-up autobiographies – surveying everything from her complicated relationship with her mother to her travels as a talented singer-dancer – showcase both an absorbing epoch of history and the life of a truly remarkable woman.

My favourite of Achebe’s novels is the slender Things Fall Apart: tracing the life of a Nigerian tribal chief, Okonkwo, in the years pre- and post-colonialism, it highlights the devastating impact that imperialism had upon its oppressed peoples. An important, and thoroughly readable novel, with one of the most impactful and succinct titles I’ve ever encountered.

“When the door finally opens, the woman standing there yells, at the top of her lungs, Get away from my house! What are you doing in my yard?… you manage to tell her you have an appointment. You have an appointment? she spits back. Then she pauses. Everything pauses. Oh, she says.” This is just one in a series of explorations of racism in Claudia Rankine’s innovative poetry-essay-mixed-media hybrid Citizen, a book that is no less powerful for its sparseness.

Colson Whitehead’s latest novel, The Underground Railroad, won the Pulitzer Prize, the National Book Award for Fiction, the Arthur C. Clarke Prize, and was shortlisted for the 2017 Man Booker Prize. A hefty series of accolades, and ones that are definitely deserved. Whitehead’s sixth literary outing focuses on the eponymous Underground Railroad – in history a network of safe houses and secret routes that allowed American slaves to escape from their plantations, but transforms into a fantastical subway in the hands of Whitehead. A lyrical must-read! 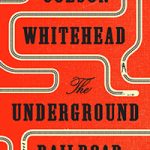 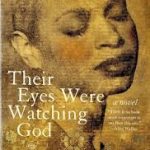 Before writing her masterpiece Their Eyes Were Watching God, Zora Neale Hurston was a regular fixture on the Harlem Renaissance scene – alongside the vastly underrated Nella Larson and other African-American writers who should definitely be more represented – and an anthropologist who conducted ethnographic research. Her novels and short stories, which are dialect-heavy and concentrate mostly on the experience of being an African-American women, are undoubted modern classics.

As the current Makar (Scottish poet laureate), you’d expect that Jackie Kay’s main output would be poetic. Instead, she’s a multi-talented playwright, screenwriter, novelist, memoirist and, yes, poet. For a taster of Kay’s work, check out her first poetry collection, the semi-autobiographical and multiply-voiced The Adoption Papers which won the Saltire Society Scottish First Book Award in 1991. It’s a brilliant read!

Although Andrea Levy hasn’t published anything new in recent years, her acclaimed novel Small Island, now thirteen years old, is unquestionably still relevant. The novel follows a lively, idiosyncratic cast of characters in 1940s London and Jamaica, charting the lives of a diaspora of Jamaican immigrants as they adjust to the hardships of life in an unfriendly England.

I’m yet to hear a bad review of the novels of Chimamanda Ngozi Adichie. Do such people even exist? I’m still to pick up Americanah, but I read We Should All Be Feminists this summer and loved it. Full of wisdom, thought-provoking points and riveting insights into what it’s like to be a feminist in modern-day Nigeria, it’s the perfect little book for anyone who considers themselves a feminist.

As a black, gay man in mid-twentieth-century America, James Baldwin’s prolific output of essays, fiction and social criticism is understandably occupied with the distinctions and prejudices of race, sexuality and class in Western societies. With a beautiful command of language and an introspective, character-driven focus, Baldwin’s work is compelling: in particular, look out for Another Country and Giovanni’s Room.

Words and photos by Rachel Walker