Ahead of next week’s Speakeasy at the Mitchell Library in collaboration with the wonderful Aye Write! festival, we thought we’d share memories from one of our last speakeasies, back in November. It was a fantastic night, and you can find details about our next speakeasy here. We’d love to see you there!

The CCA Clubroom was at full capacity for a night of poetry, prose and performance led by the effervescent Linda Jackson and her band. Music was the motif for our speakeasy contributors and so it was only fitting that Jackson and co. played us in with an ode to the rivers, the trees, and the cool breeze that make Scotland in autumn such a bonny place to be!

Our Speakeasy performers managed to completely engross our bustling audience with selections of poetry and prose that seemed ostensibly wrapped up in the nostalgic experience of music. Gail Winters read the audience an autobiographical account of an eventful night ‘up the dancing’. Like an old familiar song, the prose piece elicited more than a few nods of recognition from the crowd – who were possibly considering what the soundtrack to some of their favourite memories would be. Famous figures of the music industry were paid some artistic due from our contributors, with some taking inspiration from musicians such as Elvis Presley and the recently passed Leonard Cohen. George Gibson specifically paid tribute to the lyrical poet in a piece that beautifully reflected Cohen’s artistic virtue. A standout of the night was a catchy singalong initiated by Margaret McGrath, who had the audience joyfully keeping the beat of her verse. The readings of our performers truly were a testament to the place music has in our lives, not only as artistic inspiration but as a form that is as capable of stirring emotion as any great poem or piece of prose can. Our Autumn Speakeasy performers utilised that potential to such a degree that they left our audience feeling as though they had been on a rollercoaster for the first part of the night. 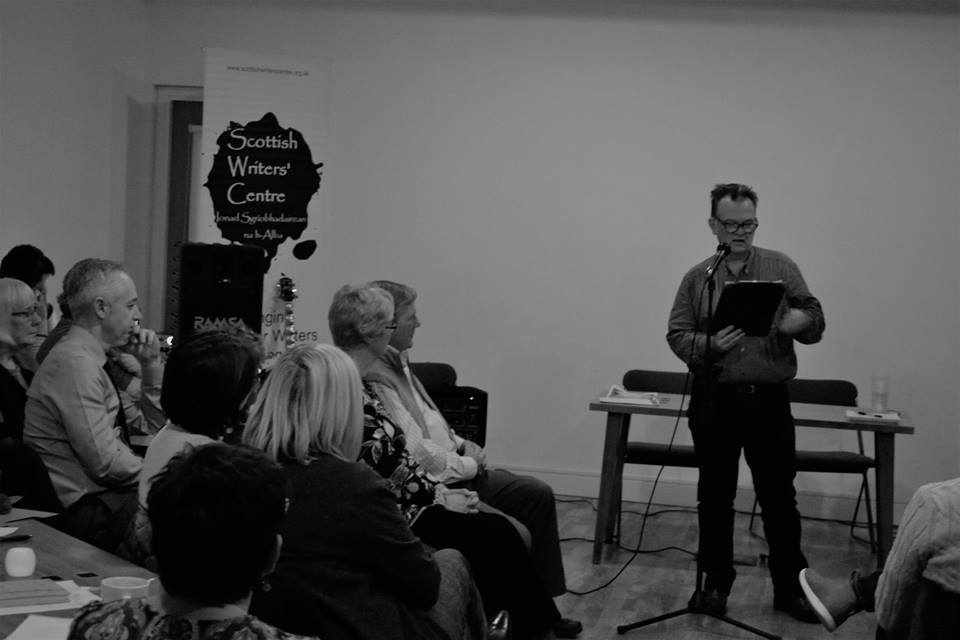 Luckily, the adrenaline continued on into the night’s second half where we dedicated the last portion of our Speakeasy to an in-depth interview with the wonderful Finola Scott. Led by Linda Jackson, Scott kept the audience enamoured with her sharp wit and keen insight into the act of writing and performing. It is always a pleasure to be inspired by Finola.

As always the SWC would like to extend our thanks to our audience and performers, your continued support ensures the continued success of events like these and we can’t wait to welcome you to our future gatherings.